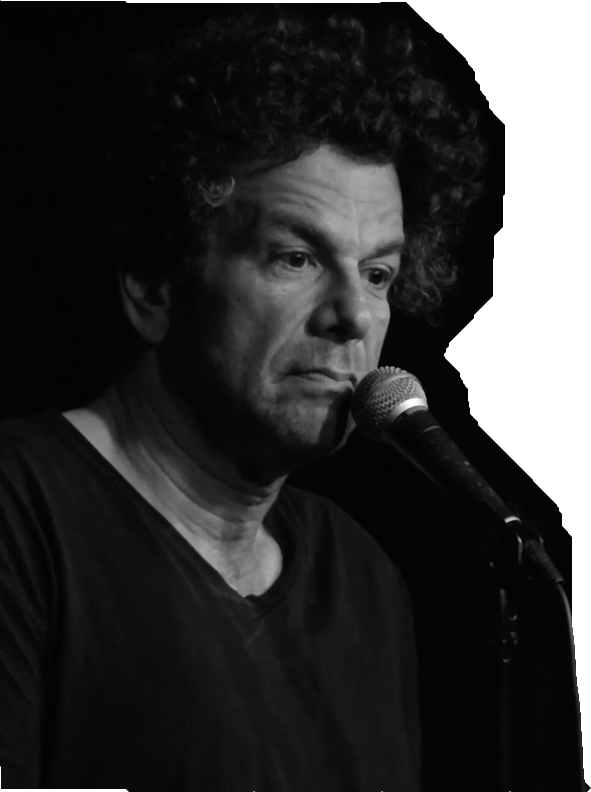 "Unimaginable neuroses, spiraling self-reflection, towering mother issues, all of your favorites.. but boy does he bring it all together in one truly brilliant comedy show."

Al Lubel became a lawyer to please his mother and a year later became a standup comedian in order to displease her.

Getting stage time is hard for a new comic so Al, unannounced, would suddenly stand up in the middle of restaurants while people were in the middle of eating dinner and do his five minutes. As Al says, “And I almost always got big laughs because, looking back on it, I think they were scared that I was insane.”

Al began getting work at comedy clubs and within a year won the $100,000 Comedy Grand Prize on television’s Star Search. Doing the Tonight Show was a childhood fantasy so he auditioned and luckily became one of the last comics to appear with Johnny Carson. He then went on to make a bunch of appearances on the Tonight Show with Jay Leno and the Late Show with David Letterman.

In 1992, Al was the subject of A Standup Life, directed by Peter Lydon for the BBC.  A documentary about American standup comedy, it features Jerry Seinfeld, Bob Hope, Mort Sahl and Joan Rivers.

In 1990, Al played an attorney on the Blake Clark HBO Comedy Hour and in 2002 played basketball superstar Bill Walton’s sidekick in the the ESPN series, Bill Walton’s Long Strange Trip.

Al’s solo show, Mentally Al, won the Amused Moose Award Judges Prize as the best one person show in the 2013 Edinburgh Fringe Festival. Two years later he was nominated for best performer of a one person show by the Barry Awards at the 2015 Edinburgh Fringe Festival. In 2016, Al was Marc Maron’s guest on WTF and a year later moved to London where he did standup for three years in the UK and Europe.

A new documentary about Al directed by Joshua Edelman, Mentally Al, is being distributed by Comedy Dynamics and can be seen on Amazon Prime and YouTube.

But Al does admit to missing the practice of law. “I’d like to have just one more trial, something serious like a murder trial because right before I give closing argument and my client’s fate hinges on every word I say I want to see his face when I turn to him and whisper, I’m a comedian!”